Ever wondered how life originated on Earth?, Here are Some Theories on the Origin of Life 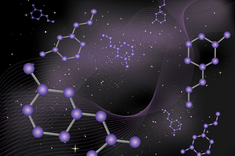 Perhaps life did not begin on Earth at all, but was brought here from elsewhere in space, a notion known as panspermia. For instance, rocks regularly get blasted off Mars by cosmic impacts, and a number of Martian meteorites have been found on Earth that some researchers have controversially suggested brought microbes over here, potentially making us all Martians originally. Other scientists have even suggested that life might have hitchhiked on comets from other star systems. However, even if this concept were true, the question of how life began on Earth would then only change to how life began elsewhere in space.

Instead of developing from complex molecules such as RNA, life might have begun with smaller molecules interacting with each other in cycles of reactions. These might have been contained in simple capsules akin to cell membranes, and over time more complex molecules that performed these reactions better than the smaller ones could have evolved, scenarios dubbed “metabolism-first” models, as opposed to the “gene-first” model of the “RNA world” hypothesis. 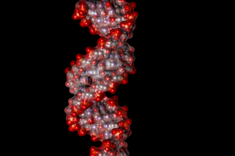 Nowadays DNA needs proteins in order to form, and proteins require DNA to form, so how could these have formed without each other? The answer may be RNA, which can store information like DNA, serve as an enzyme like proteins, and help create both DNA and proteins. Later DNA and proteins succeeded this “RNA world,” because they are more efficient. RNA still exists and performs several functions in organisms, including acting as an on-off switch for some genes. The question still remains how RNA got here in the first place. And while some scientists think the molecule could have spontaneously arisen on Earth, others say that was very unlikely to have happened.

Other nucleic acids other than RNA have been suggested as well, such as the more esoteric PNA or TNA.

Ice might have covered the oceans 3 billion years ago, as the sun was about a third less luminous than it is now. This layer of ice, possibly hundreds of feet thick, might have protected fragile organic compounds in the water below from ultraviolet light and destruction from cosmic impacts. The cold might have also helped these molecules to survive longer, allowing key reactions to happen.

Ice might have covered the oceans 3 billion years ago, as the sun was about a third less luminous than it is now. This layer of ice, possibly hundreds of feet thick, might have protected fragile organic compounds in the water below from ultraviolet light and destruction from cosmic impacts. The cold might have also helped these molecules to survive longer, allowing key reactions to happen.

The deep-sea vent theory suggests that life may have begun atsubmarine hydrothermal vents, spewing key hydrogen-rich molecules. Their rocky nooks could then have concentrated these molecules together and provided mineral catalysts for critical reactions. Even now, these vents, rich in chemical and thermal energy, sustain vibrant ecosystems. 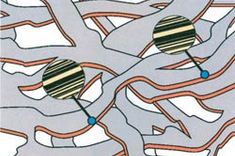 The first molecules of life might have met on clay, according to an idea elaborated by organic chemist Alexander Graham Cairns-Smith at the University of Glasgow in Scotland. These surfaces might not only have concentrated these organic compounds together, but also helped organize them into patterns much like our genes do now. 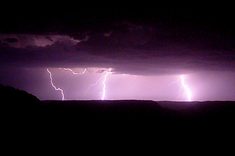 Electric sparks can generate amino acids and sugars from an atmosphere loaded with water, methane, ammonia and hydrogen, as was shown in the famous Miller-Urey experiment reported in 1953, suggesting that lightning might have helped create the key building blocks of life on Earth in its early days. Over millions of years, larger and more complex molecules could form. Although research since then has revealed the early atmosphere of Earth was actually hydrogen-poor, scientists have suggested that volcanic clouds in the early atmospheremight have held methane, ammonia and hydrogen and been filled with lightning as well.