A look at Exoplanets: Worlds Beyond Our Solar System

So what are Exoplanets?

Well, Exoplanets are planets outside of the solar

system. They are also referred to as extrasolar planets. Starting in 1992 with the first discovery, astronomers have located about 837 such planets in 660 planetary systems around the Milky Way galaxy. Researchers believe they will find many more planets — a 2012 study estimated that each star of the 100 billion or so in the Milky Way galaxy hosts on average at least 1.6 planets.

Most of the planets astronomers have identified don’t resemble Earth. They have characteristics closer to Jupiter or Neptune — gas

Fewer than 5 percent of known exoplanets can be seen directly with telescopes, so astronomers have come up with techniques to find them.

The most common method is Doppler spectroscopy, a technique that has located around 90 percent of exoplanets. It uses radial velocity measurements through examining Doppler shifts in the spectrum of a star around which the planet orbits. Astronomers look for tiny changes in a star’s radial velocity. For example, Jupiter causes the sun to change velocity by about 13 meters per second over a period of 12 years. By tracking these changes over time, astronomers can estimate a planet’s minimum mass. 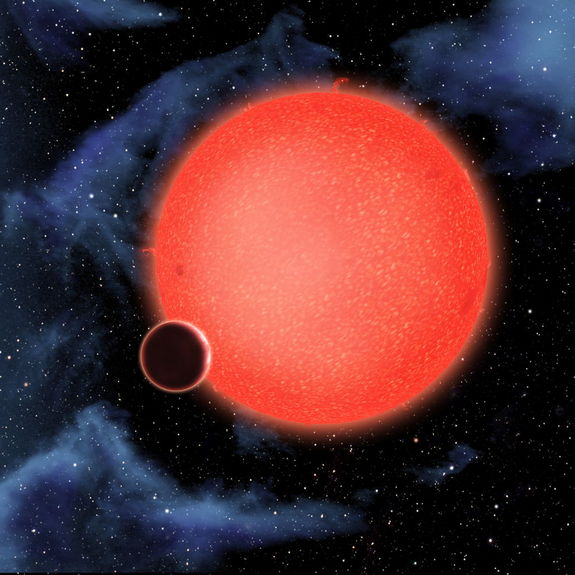 Another way to identify an exoplanet is to watch the brightness of a parent star. If it dims for a short time, it could indicate a transit — a planet crossing in front of the star. This has been the second most useful method of discovery, but it does lead to a number of false positives. In addition, some astronomers use astrometry — pinpointing the position of a star in the sky and seeing how it makes tiny changes to its position, which could indicate a planet nearby.

Most exoplanets have been located using ground-based telescopes, but space telescopes could do a better job. A project called the Gaia Mission, to be launched in March 2013, will use astrometry to determine the true masses of 1,000 nearby exoplanets. As NASA points out, the volume of space that would be explored is limited to the closest stars. Using technologies

available in the next decade, space scientists will be able to explore stars that lie within approximately 20 parsecs (60 light-years) from the sun.

The holy grail of the search, of course, is a habitable planet. There is some evidence that exoplanet systems resembling the solar system will be found. A recent discovery has shown that the star 55 Cancri, 41 light-years away, has a system of five planets, with distributions somewhat similar to the solar system’s inner planets (though with much higher masses).

There are likely Earth-like planets out in space, but astronomers must find one within the habitable zone — close enough to its star to have liquid water, but not so close that it’s too hot for life. Already, a dozen planets have been confirmed in the habitable zone, and the Kepler spacecraft used a space telescope to identify 54 more candidates. Habitable zones can move and change with the life of the star, so finding a planet there doesn’t mean it will always be that way.